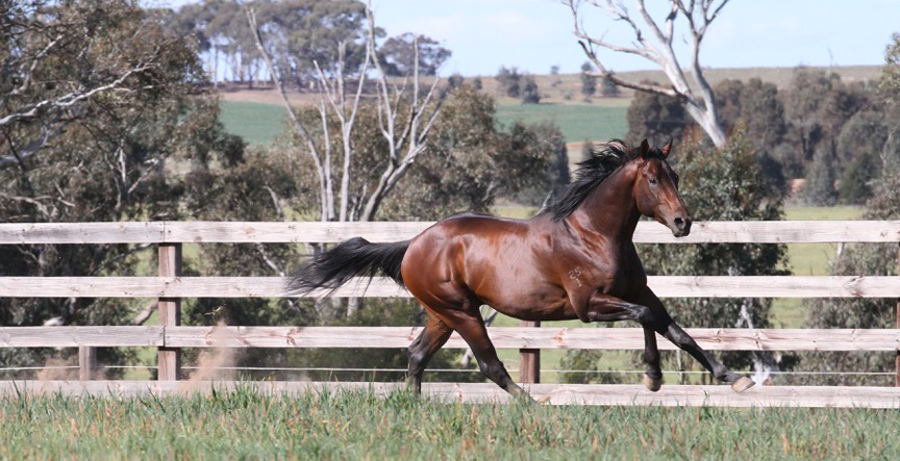 Peter, Pauline, Jana and Toby Liston, together with the Three Bridges Thoroughbreds team are deeply saddened to announce the tragic loss of Unencumbered overnight.

The son of Testa Rossa had been diagnosed with chondritis, a progressive inflammatory condition of the throat. He underwent surgery for the condition, however passed-away overnight as a result of post-surgical complications.

“We are devastated as you would expect,” said Peter Liston, Proprietor. “Unencumbered was a special horse with such a great personality, everyone that has ever come into contact with him will miss him terribly.”

“He put his trainer Bjorn Baker on the map and his memorable win in the 2014 Magic Millions 2YO Classic (1200m) at the Gold Coast, with Nathan Berry in the saddle was a fairy tale result for his big group of owners.

“He has been well supported by breeders since retiring to stud here with us, covering over 500 mares in his first 4 seasons at stud, and last spring was his fourth consecutive season of covering over 100 mares. Unencumbered will no doubt leave his mark.”

A winner of five of his 10 starts, amassing prizemoney of $1.9 million, Unencumbered was laid to rest peacefully in the early hours of this morning at Three Bridges Thoroughbreds where he will continue keeping watch over everyone and overlooking the beautiful Loddon river.